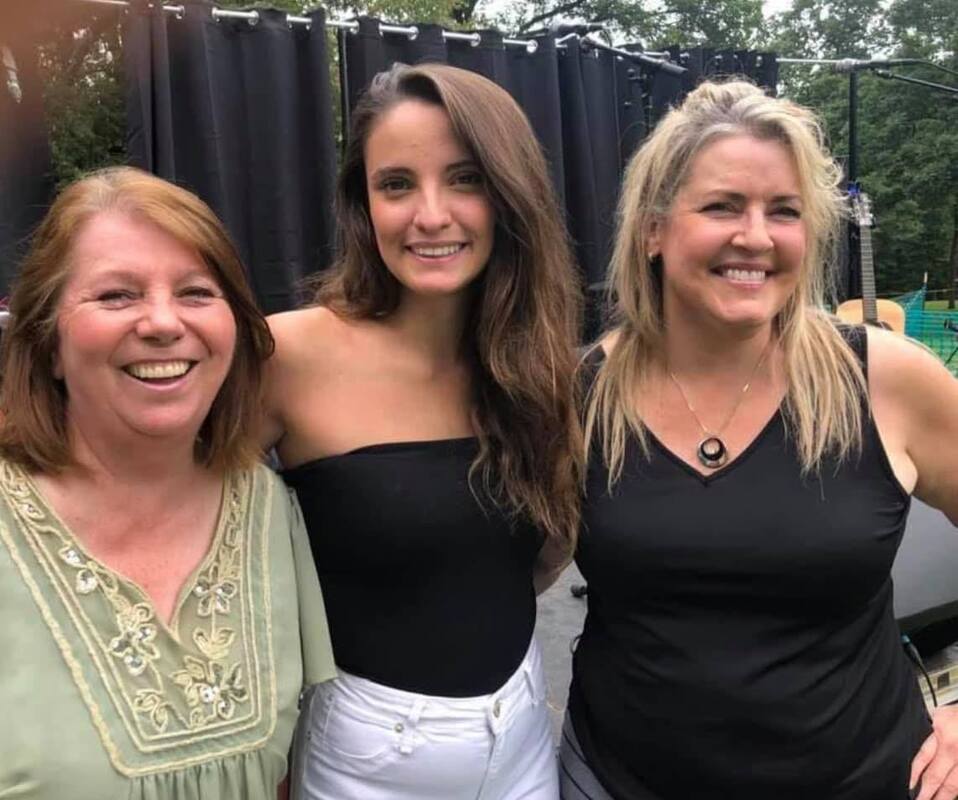 Kaiged Acoustic was founded in 2017 by mother-daughter duo Kim Negus and Paige Lieberman. They were wanting to play a variety of classic rock, country, and easy listening hits that they hadn't heard many other bands perform. In growing the band's deep, warm, acoustic sound, they added bass player Kricket (Christy Serum) the following year. Kricket's natural talent of singing amazing harmonies created the full rich blend that this band is known for.

Kricket performed with her sisters for many years playing bass and singing in the band "Shadow Run", "Country Classics", and "SiStars Branson Variety Show". She has many years of experience performing at festivals and at Lorretta Lynn's Ranch near Nashville, TN.

Kim began playing guitar at the age of 10, and at 19 began professionally singing and dancing at Valley Fair Amusement Park in Shakopee, MN, Camp Snoopy at the Mall of America, and at Six Flags Great America in Gurnee, IL. In her 20s she started to sing and travel with bands including "The Mandarin Club Band", "Lake Street Foundation", "Marshall Star", and "Moonshine Alley". Some of the performances included opening acts for Jo Dee Messina, Sawyer Brown, Suzie Bogus, Marie Osmond, and Lorie Morgan.

Paige has been performing on stage with Kim since she was just 5 years old for events at Country Jam and Country USA. In the past three years she has performed for large music venues and festivals as far as Los Angeles, Minneapolis, and Nashville. Most recently, Paige has enjoyed the opportunity to perform on occasion with "Bear Creek Band".

The newest member of Kaiged Acoustic is Jeremy Goss. He is the perfect addition to this band, adding a cajon rhythmic beat that pulls the entire sound together. Jeremy has many years of experience with the technical side of running sound for large venues, and Kaiged Acoustic appreciates his skills to help master this unplugged acoustic sound.

Kaiged Acoustic hopes you enjoy the variety of music they play. Some of the lesser known songs are person favorites of the band members, but the majority of the music they perform has been most frequently requested.